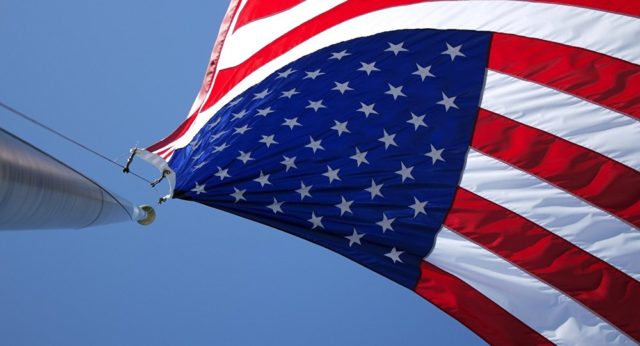 Marcus Lemonis is prepared to go to jail over an American flag his company is flying over one of his stores.

“We have flown this flag for a long time,” Lemonis said. “As I told the city…it’s not coming down under any circumstance.”

Lemonis is chief operating officer of Gander RV. He’s been flying a huge flag — 40 feet by 80 feet, or 3,200 square feet, the size of a fairly large house — over a store in Statesville, N.C.

But city officials say the flag is too big. They filed a lawsuit May 7 against Holiday Kamper Co. -– which is the parent company of the store formerly known as Camping World. If Lemonis doesn’t take action within 30 days, he could be jailed.

Statesville City Attorney Leah Messick said in the filing that the company applied for a permit to fly a 40 foot by 25 foot flag but instead raised the bigger one. “In June, 2018, Gander RV (formerly known as Camping World) filed an application with the Statesville Planning Department to display a 40×25-foot flag on its property. The permit was approved, but when the flag was raised two months later, it was determined the company was flying a 40×80-foot flag, which is prohibited by City ordinance,” the filing says.

Lemonis, though, said on Fox News that he’s not budging.

“I would never want to break the law or be in contempt of any court of any kind, but in this particular situation, I understand that if I don’t comply with that order that I could and would be arrested and out in jail until the flag came down,” he said.

“I don’t normally advocate for violating ordinances and things of that nature, but we have 14,000 employees and several million customers and I have a fiduciary responsibility to follow their edict as well,” Lemonis added.

Lemonis said his company flies the same size flag in 180 cities and it hasn’t been a problem. “We know that before the flag pole goes up and before the flag goes up we want to ensure that people are safe. We are not messing with the FAA in terms of air traffic rules,” he said.

The brouhaha started last October when the city notified the company that it would be fined $50 every day until the flag came down. The tab now tops $10,000.

Lemonis, who owns 36 million shares of Camping World, says he is willing to pay the legal fines if asked by the board of directors and the company. “In this particular case, I think the board of directors and the company would like to pay the fine themselves because they believe that this is a stance of our company, not just a market stance,” he said. 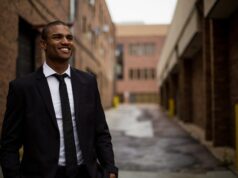 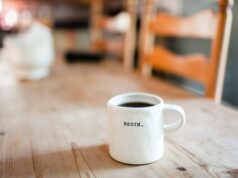 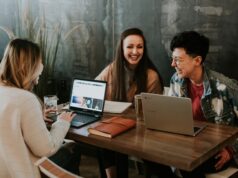