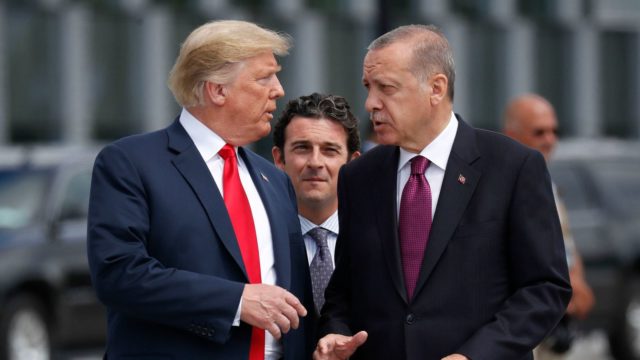 US armed forces will step aside for a Turkish operation in northern Syria, prompting concerns it is abandoning its Kurdish allies.

The White House said the decision was made on Sunday evening following a phone call between President Donald Trump and his Turkish counterpart, Recep Tayyip Erdogan.

About 1,000 US troops currently in the region will be pulled out “soon”, leaving Kurdish fighters who fought alongside American forces in the years-long battle to defeat Islamic State militants.

For months, the Turkish president has threatened to launch a military assault against Kurdish forces across the border as he views them as a threat to his country.

Both Democrats and Republicans have warned that allowing a Turkish military assault could lead to a massacre of the Kurds, sending a concerning message to American allies around the world.Read More..