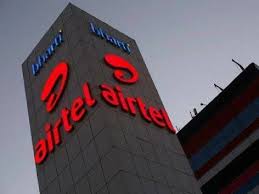 Airtel has added some new phones to its list of smartphones supporting the recently launched Airtel WiFi calling. The company has mainly added six new devices to this list. These are- Samsung Galaxy S10, Galaxy S10+, Galaxy S10e, M20 and One Plus 6 and 6T.

The Airtel WiFi calling is a new feature launched by the company to let users make calls using VoIP over Airtel WiFi connection available in homes or offices. While the feature seems quite useful, it is for now compatible with only the Wi-Fi powered by Airtel Xstream Fiber and on select smartphones.

Airtel says that there is no extra charge for making calls via Airtel WiFi Calling. The service is live in Delhi NCR and is expected to be available in major Indian cities in the coming days. There is no need for any separate calling app or SIM to use this feature.

To use Airtel Wi-Fi calling on a compatible phone, check smartphone compatibility for the Airtel Wi-Fi feature on airtel.in/wifi-calling. Upgrade your phone’s operating software to the latest version that supports Wi-Fi Calling. Next, go to Settings on your phone and Switch On the Wi-Fi Calling feature. Note that the VoLTE should be kept switched on for a seamless experience. If there is some issue with Wi-Fi the phone will automatically switch back to 4G connection.

Currently, the phones that support the Airtel WiFi calling are: