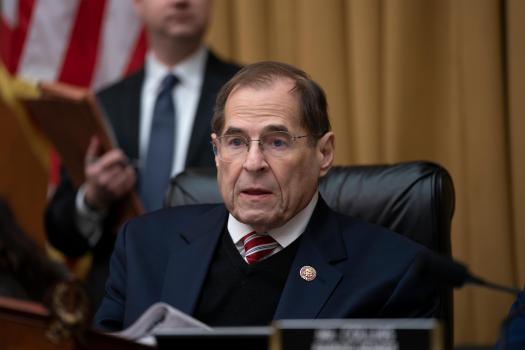 Democrats on the House Judiciary Committee on Monday announced a series of hearings on special counsel Robert Mueller‘s Russia investigation in order to examiner further President Trump‘s conduct as well as election interference by Moscow.

House Judiciary Chairman Jerrold Nadler (D-N.Y.) announced the next hearing, entitled “Lessons from the Mueller Report: Presidential Obstruction and Other Crimes,” on June 10 as a way to push forward with the committee’s sprawling oversight investigation into the Trump administration amid stonewalling from the White House.

“While the White House continues to cover up and stonewall, and to prevent the American people from knowing the truth, we will continue to move forward with our investigation,” Nadler said in a statement.

“These hearings will allow us to examine the findings laid out in Mueller’s report so that we can work to protect the rule of law and protect future elections through consideration of legislative and other remedies.”

Former White House Counsel John Dean as well as former U.S. Attorneys and legal experts are slated to testify at the hearing next week.

Dean will be the first in a series of witnesses, Nadler says.

“Given the threat posed by the President’s alleged misconduct, our first hearing will focus on President Trump’s most overt acts of obstruction. In the coming weeks, other hearings will focus on other important aspects of the Mueller report,” Nadler’s statement continues, adding that Mueller “has now left Congress to pick up where he left off.”

The hearings come as Democrats and the White House are locked in a fight over the testimony of current and former Trump administration officials.