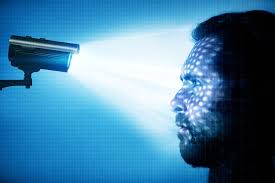 It seems that just like bees, Amazon can sense your fear.

Because nothing says “nightmare scenario” quite like a giant tech corporation everyone uses knowing what you’re feeling, Amazon announced on Monday that Rekognition, its controversial facial recognition tool, can now detect a person’s fear.

The update includes “improved accuracy for emotion detection (for all 7 emotions: ‘Happy’, ‘Sad’, ‘Angry’, ‘Surprised’, ‘Disgusted’, ‘Calm’ and ‘Confused’)” but, just for kicks, I guess, “added a new emotion: ‘Fear’.”

I’d say it’s time to worry about things getting all 1984 up in here, but there are issues with Rekognition that have kept it from wider use.

Rekognition earned the ire of quite a few civil liberties organizations such as the ACLU, who as our Matt Binder pointed out last year, called the technology “primed for abuse in the hands of governments” and warned that it “poses a grave threat to communities, including people of color and immigrants.”

And that was after the ACLU and Amazon tussled over Rekognition’s accuracy. In July 2018, the ACLU said it used the tool to identify members of Congress and it got 28 members wrong. Additionally, six of those misidentified members were black, underscoring racial bias issues that continue to plague facial recognition software.

For its part, Amazon claimed the results were “misinterpreted” and that, actually, a 95 percent success rate is good for this software, which is primarily to be used for helping to narrow options down, not necessarily to provide perfect accuracy.

Whatever the case, the fact remains that Rekognition is getting smarter and one step closer to going full HAL 9000 on us soon. Maybe it’s time to start freaking out.