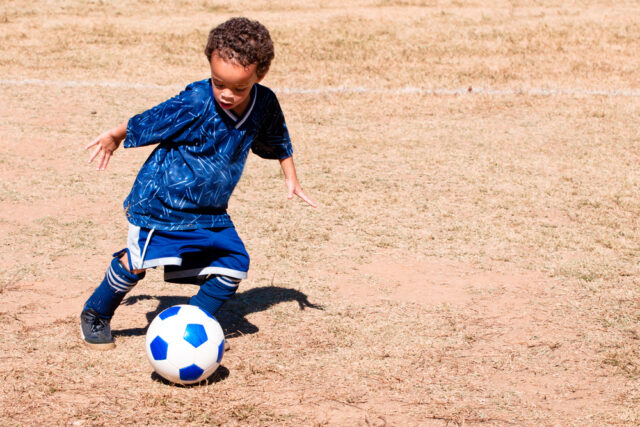 Soccer fans throughout Latin America will be glued to their televisions in June and July, basking in the excitement and pride that come with belonging to a region famed for its brilliance at the World Cup.

But it’s not just about elite athletes. Since at least the days of the ancient Greeks, societies have understood that sports can make citizens healthier and happier. They keep our minds and bodies in shape. They serve as a social glue. They help young people hone life skills and in certain circumstances even reduce crime.

Unfortunately, far too few Latin Americans actually play sports. For all the region’s athletic genius, adolescents and adults in Latin America and the Caribbean do less physical exercise than the global average and less than people in Europe or Africa. As a result, almost one in four adults in Latin America and the Caribbean is obese (a body mass index of 30% fat or more), and adult and child obesity are increasing faster than in other parts of the world.

But fighting obesity is not all that sports can do.Physical exercise can lead to less heart disease, stroke, cancer and depression, as well as better overall cognitive health. That, in turn, can mean higher productivity, fewer sick days and lower healthcare costs for society. Being sedentary is neither good for us individually nor for society as a whole.

What can be done? Surprisingly, government spending on sports in the region stands at only around 0.1% of GDP, about one-third of the amount spent by European nations. Given all the advantages of sports, shouldn’t we invest more?

It’s a hard question to answer. Money allotted to sports facilities means fewer resources for other urgent development priorities, such as building roads or hiring teachers. So to avoid wasting precious resources and get all the societal benefits, we need to figure out what sports programs deliver the most bang for the buck. We have to design programs that can be evaluated for their effectiveness and better evaluate those programs already in place.

The gains could be huge, including in important areas of social life. Sports programs can strengthen social relationships by bringing people from different backgrounds together. They can give otherwise wayward kids alternative outlets and help them develop a healthy sense of self as well as discipline and ability to work in teams. All of this can result in less crime, as well as academic and labor market success.

In Europe, for example, research has shown that active sports are correlated with increased earnings of around 1,200 euros, compared to no or very little sports activity. Though the cause of that effect is not entirely clear, it comes out to an extraordinary rate of return of 5%-10%, on a par with an additional year of schooling.