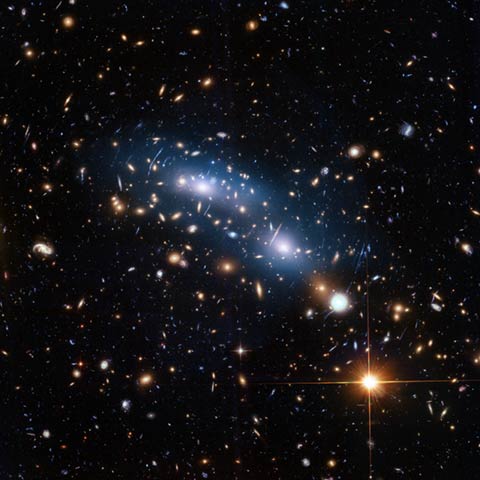 “Dark Matter and Its Silver Lining: Life, the Universe, and Everything” will be the topic when Dr. Larry Price speaks at The Belfry on Tuesday, February 25 for the second winter lecture in the 2019-2020 Frontiers in Science series.

The presence of dark matter in the universe has intrigued astronomers for well over 100 years, prompting speculation about a substance that emits little or no light but appears to be essential to the structure of the universe. Created in the Big Bang 14 billion years ago, unseen dark matter seems to account for the great majority of the matter in the cosmos.

In 1884, Lord Kelvin, who also contributed greatly to the theory of heat, found that velocities of stars in the Milky Way Galaxy could not be explained by visible matter alone. In the early 20th century, Henri Poincaré commented on Kelvin’s work and described the unseen matter as “matière obscure” or “dark matter.”