Thanks to the Internet, science has never been so accessible. Entire scientific communities now connect through social media, and science blogs have prospered and grown into rich platforms of discourse. On the Internet, experts and amateurs alike can come together to talk about the topics that interest them, and in doing so have created great educational spaces for anyone who wants to learn and discuss science.

If you’re looking for some up-to-date scientific information, or just want to browse, have a look at this list we’ve compiled of the 17 best blogs currently posting about science.

Established by Elise Andrews in 2012, I F****** Love Science, or IFL Science, is “dedicated to bringing the amazing world of science straight to your newsfeed in an amusing and accessible way.” With a reputation for being one of the most important and entertaining scientific blogs currently out there, Andrews has been able to create a platform that is equal parts informative and fun. Featuring insights into a mix of scientific disciplines, the best part about this blog is science lovers of all ages and backgrounds can come together and share their love for science. The Facebook page posting daily links to IFL Science has over 25 million likes.

The Commonwealth Scientific and Industrial Research Organisation (CSIRO) is Australia’s national science agency. Established in 1916, the CSIRO has invented everything from modern-day WiFi, Aerogard and even extended-wear contact lenses. With such an innovative impact on both a national and global scale, it’s no surprise its blog is one of the most interesting scientific reads on the Internet. Covering a vast number of topics including farming, ocean studies, manufacturing and health, the CSIRO is a fantastic insight into some of the most fascinating scientific breakthroughs by Australian and international scientists.

Featuring Kruszelnicki’s trademark humorous yet informative approach to science, this blog delves into some of the most complicated and frequently asked (but not so frequently answered in an accessible way) scientific questions. From the beautiful act of vomiting to the overwhelming-grand ‘how many cells in a person?’, Kruszelnicki seeks to entertain and educate in a laidback and educational manner that young and old Australians alike will love. For more of Dr Karl, you can also check out his Twitter, and tweet him any of your burning scientific questions. 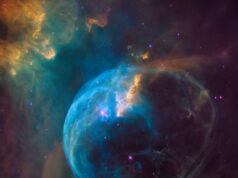 States of matter can be more than just your average solids, liquids and gases!