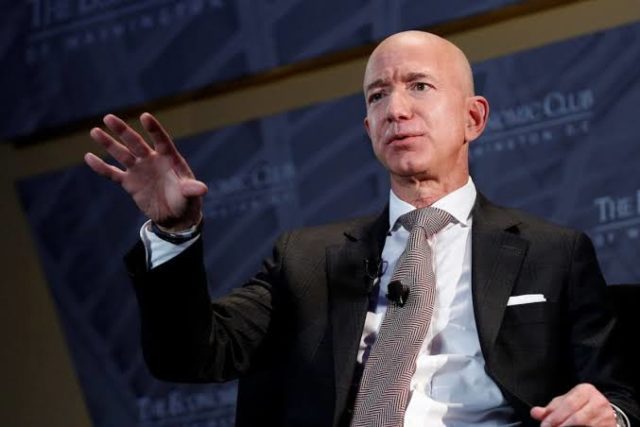 Amazon on Thursday announced its earnings report for the third quarter of the year 2019. The company reported lackluster earnings amid the increasing cost owing to expansion of its one day-delivery service. Shortly after the announcement, Amazon’s shares fell by seven per cent knocking its founder and the chief executive officer Jeff Bezos to the second spot in the list of the world’s richest people.

Bezos, whose total wealth fell down to $103.9 billion according to a report by Fortune, was replaced by the Microsoft founder Bill Gates, whose net worth is $105.7. The Amazon founder became the richest man on Earth last year with a total fortune worth $160 billion. He replaced Bill Gates who had been on the top spot for over two decades.

However, a slow quarter and drop in share price is not the only reason why Bezos switched places with Gates to become the world’s second richest man. Earlier this year, a court finalised the divorce settlement of Jeff and MacKenzie Bezos. After the divorce settlement, Jeff transfered a quarter of his shares in Amazon to MacKenzie. MacKenzie’s 19.7 million shares are worth $36.8 billion, which as per a Forbes report makes her the third richest woman in the world after Francoise Bettencourt Meyers, who is the heiress to the brand L’Oréal and is worth $53.7 billion, and Alice Walton, who is the daughter of Walmart founder Sam Walton, who is worth $50.4 billion.Read More..