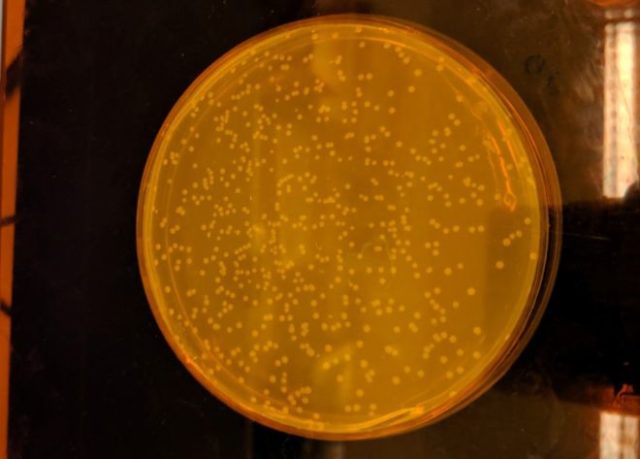 UK scientists have created an artificial version of the stomach bug E. coli that is based on an entirely synthetic form of DNA.

At the same time, Syn61 as they are calling it, has had its genetic code significantly redesigned.

It’s been done in a manner that will pave the way for designer bacteria that could manufacture new catalysts, drugs, proteins and materials.

Other scientists working in synthetic biology have hailed the development.

Genetic engineer Prof George Church, from Harvard University, US, has hailed the work as “a major breakthough”.

Syn61’s 4 million genetic letters make this the largest entire genome to be synthesised from scratch.

They were ordered in short segments from a laboratory supplies company, before being assembled into half-million-letter lengths in yeast cells by natural cellular machinery.

At this point, the genome engineers’ job became a bit like a railway engineer’s maintenance programme – replacing the E. coli genome piecewise – section by section – rather than all at once.