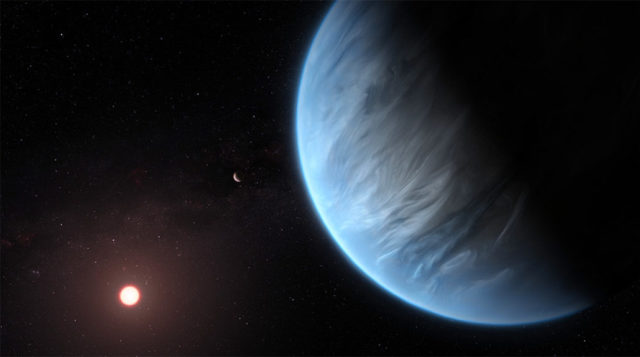 Few science questions have more universal appeal than “Are we alone in the universe?” The search for alien life has captured human imaginations for thousands of years. And almost 25 years after the first discovery of a planet orbiting a star that’s not the sun, astronomers are closer than ever to finding out.

“Most people, if not everybody, at some point in their life wonders if there’s life on other planets,” says Harvard University astronomer David Charbonneau. “We could actually answer it … we know what kind of telescope we’d have to go and build” to find out.

That endeavor may not be so straightforward, though, thanks to a long-simmering debate about how to identify the planets most likely to host life. The debate came to a boil on September 11, when astronomers announced the discovery of water vapor in the atmosphere of nearby exoplanet K2 18b (SN: 9/11/19).

The planet’s appeal comes from its position in its star’s “habitable zone” — often defined as the region where temperatures may be just right for liquid water, thought to be crucial for life. K2 18b may even have rain clouds, astronomers reported.Read More..