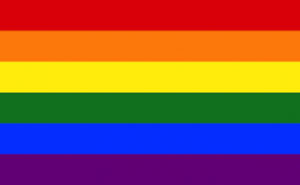 Embassies are required to get permission from the State Department when flying anything besides the American flag on their main flagpoles.

At the US Embassy in Berlin, which was one of the locations denied permission this year, flying the rainbow flag in the month of June had previously been simply “a routine thing that happens every year,” one source said.
“It’s always accepted,” the source said, adding that the embassy had asked to fly the flag just during the city’s Pride Week, at the end of June.
But this year, “an email was sent back from State’s Management office, saying no. Denied,” the source told CNN.
The ambassador at that embassy, Richard Grenell, is gay and an advocate for LBGTQ rights around world. He said they will “hang a huge banner on the side of the Embassy” and host multiple events during Pride Month.
NBC News was first to report the story.