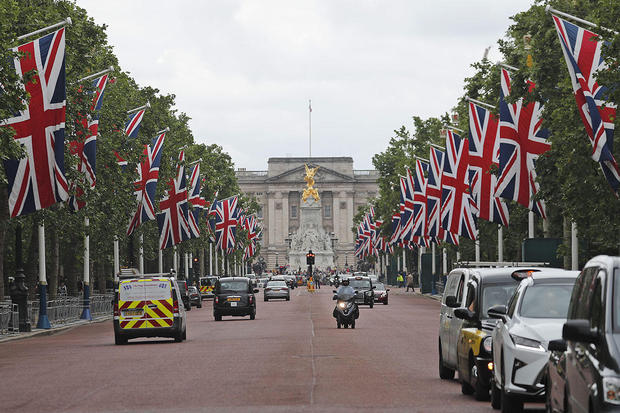 Any presidential visit presents a massive security challenge, but a state visit from Donald Trump is one royal painstaking operation. Thousands protested during President Trump’s last visit to the U.K.

Experts believe similar demonstrations will take place once Mr. Trump and his wife arrive in London.

“It’s not just the normal threat of some violence and you’ve got the assassination risk; it’s also a threat and risk really around protests and the level of that protest,” Richard Walton, the former head of counter-terrorism at Scotland Yard, told CBS News.

The president will attend a state banquet with Queen Elizabeth II at Buckingham Palace, but he won’t take part in the usual procession down The Mall. Even so, it’s an event well-wishers — or not-so-well-wishers — won’t want to miss, making it a challenge to protect.

“This is central London. This is a working capital. As a policing environment, ‘complex’ is probably the one word that sums it up,” Simon Morgan, former police bodyguard to the queen, explained.

What many people don’t realize is that Buckingham Palace sits in the middle of not one, but two parks. A state visit like this means setting up airport-like security at pretty much every entrance. That includes implementing a last line of defense within the security bubble itself, so-called close protection officers.

Training no one wants to see tested, whether it comes down to looking after the queen or her American guests.