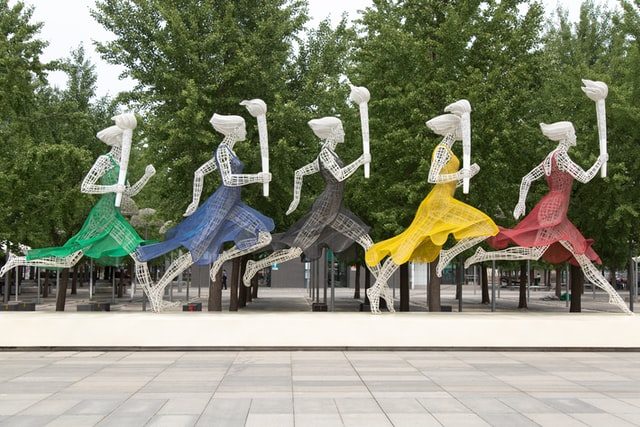 The Olympic Games, which originated in ancient Greece as many as 3,000 years ago, were revived in the late 19th century and have become the world’s preeminent sporting competition. From the 8th century B.C. to the 4th century A.D., the Games were held every four years in Olympia, located in the western Peloponnese peninsula, in honor of the god Zeus. The first modern Olympics took place in 1896 in Athens, and featured 280 participants from 13 nations, competing in 43 events. Since 1994, the Summer and Winter Olympic Games have been held separately and have alternated every two years.

The Olympics in Ancient Greece

The first written records of the ancient Olympic Games date to 776 B.C., when a cook named Coroebus won the only event–a 192-meter footrace called the stade (the origin of the modern “stadium”)–to become the first Olympic champion. However, it is generally believed that the Games had been going on for many years by that time. Legend has it that Heracles (the Roman Hercules), son of Zeus and the mortal woman Alcmene, founded the Games, which by the end of the 6th century B.C had become the most famous of all Greek sporting festivals. The ancient Olympics were held every four years between August 6 and September 19 during a religious festival honoring Zeus. The Games were named for their location at Olympia, a sacred site located near the western coast of the Peloponnese peninsula in southern Greece. Their influence was so great that ancient historians began to measure time by the four-year increments in between Olympic Games, which were known as Olympiads.

Decline and Revival of the Olympic Tradition

After the Roman Empire conquered Greece in the mid-2nd century B.C., the Games continued, but their standards and quality declined. In one notorious example from A.D. 67, the decadent Emperor Nero entered an Olympic chariot race, only to disgrace himself by declaring himself the winner even after he fell off his chariot during the event. In A.D. 393, Emperor Theodosius I, a Christian, called for a ban on all “pagan” festivals, ending the ancient Olympic tradition after nearly 12 centuries.