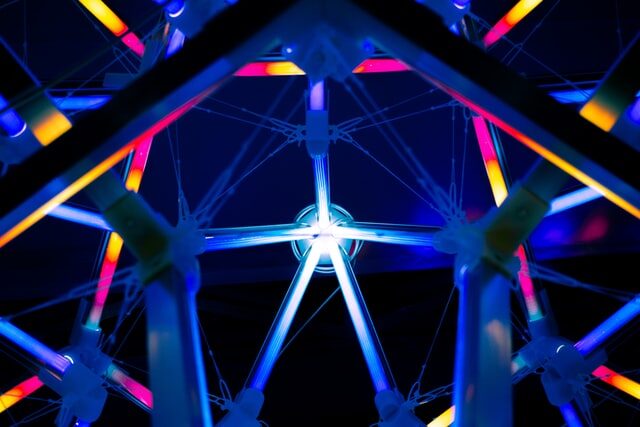 The Big Bang should have created equal amounts of matter and antimatter in the early universe. But today, everything we see from the smallest life forms on Earth to the largest stellar objects is made almost entirely of matter. Comparatively, there is not much antimatter to be found. Something must have happened to tip the balance. One of the greatest challenges in physics is to figure out what happened to the antimatter, or why we see an asymmetry between matter and antimatter.

Antimatter particles share the same mass as their matter counterparts, but qualities such as electric charge are opposite. The positively charged positron, for example, is the antiparticle to the negatively charged electron. Matter and antimatter particles are always produced as a pair and, if they come in contact, annihilate one another, leaving behind pure energy. During the first fractions of a second of the Big Bang, the hot and dense universe was buzzing with particle-antiparticle pairs popping in and out of existence. If matter and antimatter are created and destroyed together, it seems the universe should contain nothing but leftover energy.

Nevertheless, a tiny portion of matter – about one particle per billion – managed to survive. This is what we see today. In the past few decades, particle-physics experiments have shown that the laws of nature do not apply equally to matter and antimatter. Physicists are keen to discover the reasons why. Researchers have observed spontaneous transformations between particles and their antiparticles, occurring millions of times per second before they decay. Some unknown entity intervening in this process in the early universe could have caused these “oscillating” particles to decay as matter more often than they decayed as antimatter.