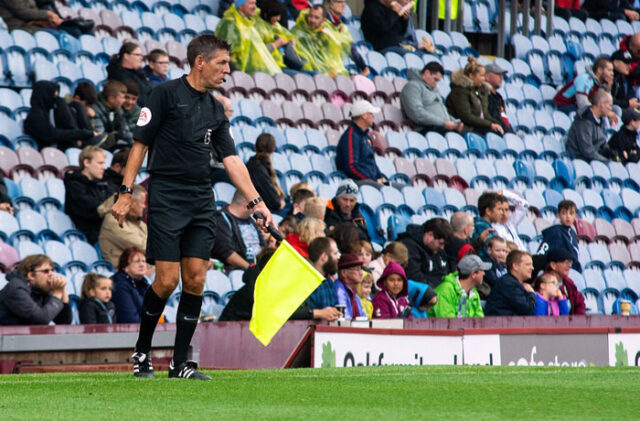 Making changes to a sport, with the inclusion of new technologies, has often caused controversy. One criticism of the use of technology is that it can slow down the speed of the game, but on the other hand for many people it makes watching it more enjoyable to see the correct decisions being made. If a new technology is available, and shown to be accurate, then it should be used so that the correct decisions can be made. It is only fair to the players and teams that the right decisions are made.

Most professional sports in the United States have long used instant replay and other high-tech aids to help referees make the right call. Gridiron has used video replay systems to check referees’ calls for many years. Basketball referees use replay systems to make sure players are shooting within the time allotted by the shot clock. In international cricket, the third umpire has been used, one sitting off the ground with access to TV replays of certain situations (such as disputed catches and boundaries) to advise the central umpires. The umpires out on the field are in communication via wireless technology with the other umpire. The third umpire is also asked to adjudicate on run out decisions, which he makes without consultation with the two central umpires. One sport that has resisted the use of high-tech assistance until very recently is soccer/football. Replays could be used to decide off-side decisions, whether a ball passes over the goal line, and clarify penalty decisions.

Hawk-eye is the name of a computer and camera system which traces a ball’s trajectory. It is being used in international cricket and tennis, and many other sports are also looking at making use of this technology. The system is also being trialled in soccer as part of the goal line assessment. The Premier League of Football in the UK has agreed to the introduction of goal-line sensors after being given approval by football’s rule-makers. The system being developed by the UK company Hawk-Eye, would give a definitive decision on whether the ball had crossed the line. The Hawk Eye uses a camera taking 600 frames a second on the goal-line, with the information is analyzed by computer and sent to the referee’s headset or a device on his wrist. In 2015, Hawkeye technology was also used by rugby officials at the 2015 Rugby World Cup, to improve decision-making by the television match official (TMO) and also assist with player safety. In this case it is enhanced video review, rather than the ball tracking technology as used in other sports.