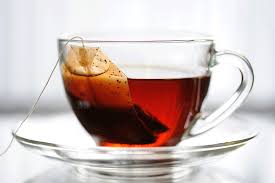 A study undertaken by environmental NGO Greenpeace over a year has allegedly found the presence of harmful pesticide residues including toxic dichlorodiphenyl trichloroethane (DDT) in tea sold by leading brands across India.

“We had carried out a study across many cities in India over the past one year to check the quality of tea leaves sold in cities. Our study has revealed the presence of residues of chemical pesticides in a majority of brands,” Neha Sehgal, senior campaigner of Greenpeace told reporters .

She claimed that out of 49 samples tested by the non-profit organisation, around 34 (94 percent) contained residues of at least one pesticide and 29 (59 percent) of the samples contained a cocktail of more than 10 different pesticides in them.

Also 29 (59 percent) of the samples contained residues of of at least one pesticide above the maximum residue limits set by the European Union (EU).