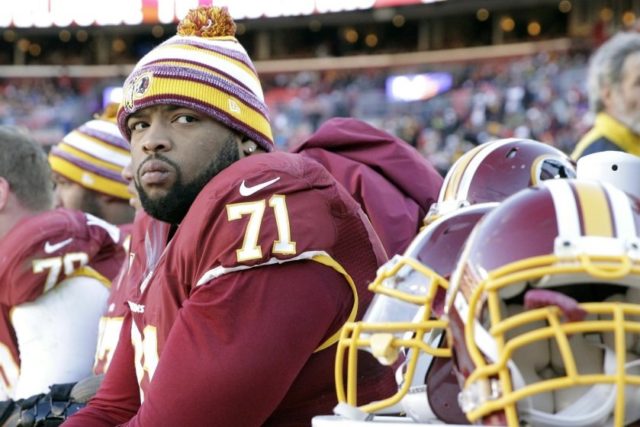 The unusual saga of Trent Williams and the Redskins continues.

The veteran left tackle ended a holdout by reporting to the Redskins on Tuesday but was held out of practice Wednesday after reportedly failing a physical due to discomfort when he tried to put on his helmet.

This, after multiple reports said he passes the physical.

Interim head coach Bill Callahan indicated he believed the discomfort was related to the growth Williams had removed from his scalp earlier this year.