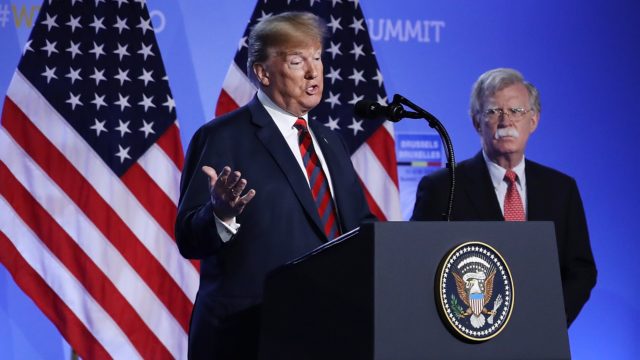 It was another tumultuous week for US national security. Democrats are once again questioning President Donald Trump’s fitness as commander in chief, while most Republicans shrugged off the criticisms and went about business as usual in Trumpland.

The week began with revelations, first reported by CNN, that US intelligence agencies had pulled a high-level spy who gained the trust of senior officials inside the Kremlin, over fears the asset could be compromised. Then on Tuesday, the president jettisoned yet another national security advisor even as global conflicts, from Afghanistan and Iran to Venezuela, continue to simmer. The double whammy has lawmakers in at least one party worried that America is flying blind.

“I’m shaken by the instability of American foreign policy today. I think it’s super dangerous for us and the world,” Chris Murphy, the Democratic senator from Connecticut, told reporters at the Capitol earlier this week, right as news broke—via a presidential tweet—that John Bolton was no longer national security advisor. “Somebody’s got to convince this president to get his act together.”