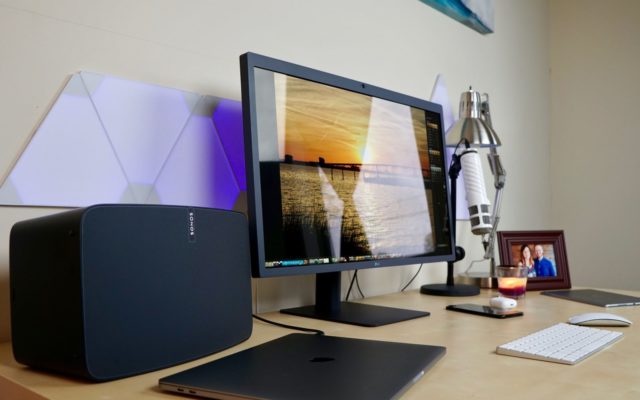 LG’s UltraFine 5K Display has returned after a months-long hiatus, although you might not scramble to get one depending on what device you’re using. The updated version of the 27-inch monitor is compatible with the USB-C output from recent iPad Pros, making it a viable option if you need a large secondary screen for media previews or screen mirroring. The earlier model only played nicely with Thunderbolt.

If you were expecting a major revision beyond that, though, you’ll be slightly disappointed. It’s otherwise near-identical to the old UltraFine 5K with the familiar P3 color gamut, 500-nit brightness and a 94W power output through either the lone Thunderbolt 3 port or three USB-C ports. A built-in camera and speakers will help you focus on the larger screen for you video chats.

The similarity extends to the price. You’ll be paying the same $1,300 through the Apple Store as you did when the UltraFine 5K was new. This is primarily for pros who insist on an Apple-oriented monitor and want something between the smaller UltraFine 4K and the extremely high-end Pro Display XDR. If you just want a screen for everyday productivity and the occasional Netflix marathon, there are other options.