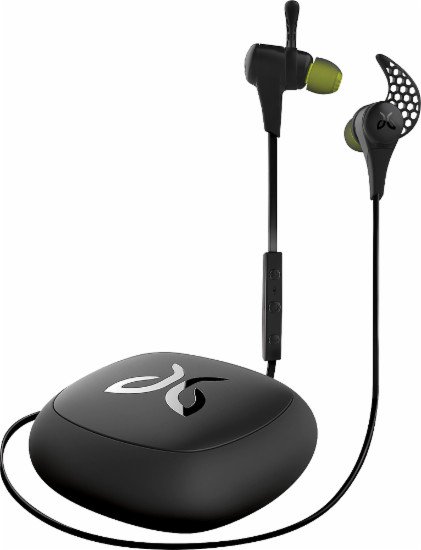 Since we reviewed Jaybird’s Run, the company’s first truly wireless earbuds, the competition has heated up significantly. So much so that just making the Run fully waterproof isn’t enough — Jaybird needs something bold to turn heads (and ears) again. Enter the Vista ($180): they’re lighter and sleeker than the Run buds, while also delivering significantly better audio quality and some useful upgrades.

Clearly, Jaybird learned a lot from the Run. Whereas those earbuds were a bit bulbous and large, the Vista are tiny and practically weightless at 6 grams (just a gram heavier than a sheet of paper). They fit comfortably, thanks to their ever-reliable wingtips and three bud sizes, and they feel sturdy enough to take a few hard tumbles. Jaybird also dumped its previous charging case, which was too large for most pockets and had a bad habit of popping open unexpectedly, and replaced it with something much more compact. It’s slightly larger than a pack of gum, and it also holds 10 hours of charge (on top of the six hours in the Vista themselves).

Based on my brief testing, the Vista feature a more stable wireless connection than the last models. You can also use each earbud independently, thanks to a much more efficient Bluetooth connection. With both Run models, your phone only paired with the right unit, while the left one basically piggy-backed on that connection. Typically, I traverse New York while listening to podcasts on a single earbud, so it’s nice to have the option of choosing either side.