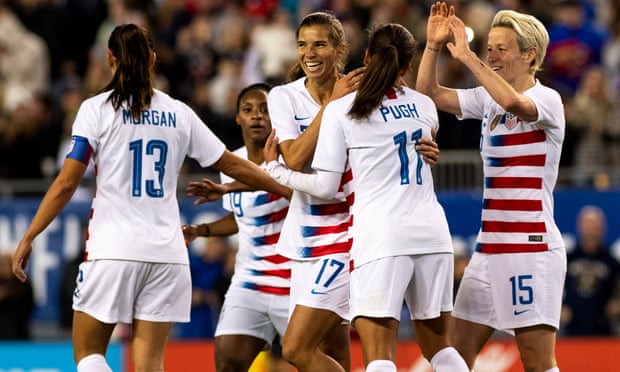 In women’s sports we talk a lot about equal pay. The focus of the conversation is usually on how women make less than men, the unfairness of the disparity despite the equal amount of work they put in, and how female athletes often have to work full-time jobs on top of being full-time athletes.

The US women’s soccer team has brought the conversation to the forefront over the last three years. After they won the World Cup in 2015, it was revealed that the US women’s team were paid a quarter of what the men earned. This was despite the women generating $20m more than the men that year.

The women’s national team filed a wage discrimination act against US Soccer, and in turn received a significant raise, increased game bonuses, improved per diem stipends, better travel benefits, and more financial aid for players who are pregnant or adopting.

But that was not enough.

In March, the women’s team filed a gender discrimination lawsuit against US Soccer. The media lasered in on the equal pay portion of the lawsuit, but ignored other facets. And there’s one issue in the lawsuit that is more important than equal pay: the argument that the women’s team is not marketed or promoted as much as the men, which leads to lower attendances and merchandise sales.

This point should not be ignored. In fact, it should be the headline, but writing “Women’s soccer doesn’t receive as many marketing dollars” isn’t as attention grabbing as “Women’s soccer team, wildly more successful than the men, makes less than half of what men earn”.

I have written about equal pay quite a bit, but I am beginning to think that my argument, while rooted in a desire for equality, was misguided. The issue isn’t equal pay. The issue is marketing and promotion.

There is systematic sexism in sports that leads to unequal pay, which starts with how women are marketed by their own leagues. Let’s look at the WNBA, whose marketing budget makes it difficult to build a fanbase – and therefore revenue – to support its athletes.

As Washington Mystics player Elena Delle Donne said last year: “We absolutely do not get promoted as our male counterparts do. Yes, I’m talking about the NBA. When you put millions of dollars into marketing athletes and allowing fans to get to know a player they develop a connection with someone or something you are more engaged and continue to want to see/learn more. How is anyone going to get to know me or any of my colleagues if we aren’t marketed as much?”