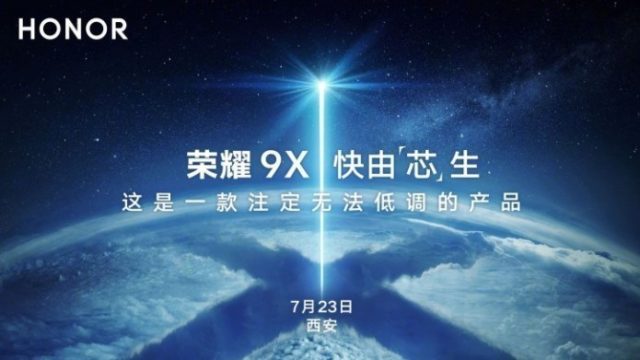 The Honor 9X will go official in China on July 23. This was revealed via a poster on Weibo earlier this week by Honor CEO George Zhao. Another poster also confirmed that the Honor 9X will feature the new Kirin 810 chipset as previously rumoured. Now, some images of the Honor 9X retail box have been revealed by the company’s VP, showing what the box will look like and possibly the gradient colour option of the device itself.

The pictures of the Honor 9X retail box posted on Weibo show off a largely white packaging with the 9X and Honor branding on the surface in gradient colours. The box does not show the Honor 9X device itself nor do we get to know any specs of the device.

The Honor 9X is rumoured to come with a notchless display and a pop-up camera. We have also heard about an Honor 9X Pro model, which will likely offer a similar design. The Pro model, however, is said to get four rear cameras like the Honor 20.