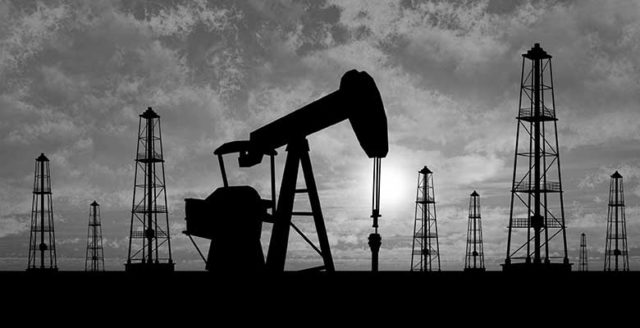 Fossil fuels, including coal, oil and natural gas, are currently the world’s primary energy source. Formed from organic material over the course of millions of years, fossil fuels have fueled U.S. and global economic development over the past century. Yet fossil fuels are finite resources and they can also irreparably harm the environment. According to the U.S. Energy Information Administration, the burning of fossil fuels was responsible for 76 percent of U.S. greenhouse gas emissions in 2016. These gases contribute to the greenhouse effect and could lead to potentially catastrophic changes in the Earth’s climate. Technologies such as Carbon Capture and Storage (CCS) may help reduce the greenhouse gas emissions generated by fossil fuels, and nuclear energy can be a zero-carbon alternative for electricity generation. But other, more sustainable and less risky solutions exist: energy efficiency and renewable energy.
Oil

Oil is the world’s primary fuel source for transportation. Most oil is pumped out of underground reservoirs, but it can also be found embedded in shale and tar sands. Once extracted, crude oil is processed in oil refineries to create fuel oil, gasoline, liquefied petroleum gas, and other nonfuel products such as pesticides, fertilizers, pharmaceuticals, and plastics.

The United States leads the world in petroleum consumption at 19.88 million barrels per day as of 2017. Net petroleum imports for the United States were 3.8 million barrels per day. Top exporters to the United States include Canada, Mexico, Saudi Arabia, Venezuela, and Nigeria. The world’s heavy reliance on oil for transportation makes it difficult to reduce consumption. But oil poses major environmental problems. Besides the environmental degradation caused by oil spills and extraction, combustion of oil releases fine particulates which can lead to serious respiratory problems. Oil is also a major source of greenhouse gas emissions: petroleum is responsible for 45 percent of greenhouse gas emissions in the United States as of 2017.