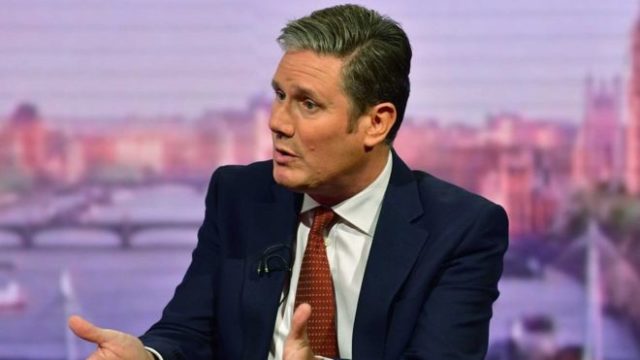 Labour has said it is “more important than ever” that Parliament is recalled after the government published its no-deal Brexit assessment.

Shadow Brexit secretary Sir Keir Starmer said the Yellowhammer document confirms there are “severe risks” if the UK leaves the EU without a deal.

MPs forced the government to release the file before Parliament was suspended – or prorogued – on Tuesday.

The government said no-deal mitigations would be published in due course.

Sir Keir said recalling Parliament would allow MPs “the opportunity to scrutinise these documents and take all steps necessary to stop no-deal”.