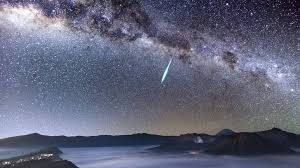 The month of October is the most reliable month in the year for these shooting stars. However, this time expect the magic to be a little contained. Or well let’s just put the blame on the Moon.

When the Orionid meteors reach their peak on October 22, the Moon will also be in the after-midnight sky. Hence, its glare will somewhat hinder observations in 2019, a Space.com report said.

These Orionid meteors claim their origin from Halley. The fast-moving Orionids from Halley’s Comet debris will create a gleaming meteor shower from October to November. The peak activity meteor count will approximately be 15 meteors per hour in Moonless skies but like we said, this time the peak activity hour might be hampered due to the Moon that will be in the after-midnight sky. The meteor velocity will be 66 kilometre per second.Read More..